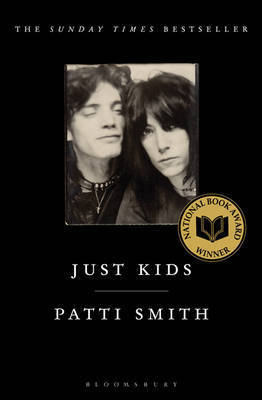 I’m on a rock bender lately! Maybe it’s my awesome new turntable stereo I just got set up. In addition to reading Gregg Allman’s My Cross to Bear (almost done!) I started reading Just Kids by Patti Smith on my iPad. From Goodreads:

In Just Kids, Patti Smith’s first book of prose, the legendary American artist offers a never-before-seen glimpse of her remarkable relationship with photographer Robert Mapplethorpe in the epochal days of New York City and the Chelsea Hotel in the late sixties and seventies. An honest and moving story of youth and friendship, Smith brings the same unique, lyrical quality to Just Kids as she has to the rest of her formidable body of work—from her influential 1975 album Horses to her visual art and poetry.

I am in the middle on this book. While I loved the illuminating look at life of the starving artist in New York City in the 70s, and I can totally identify with being in an artist-artist relationship, being each other’s muses, supporting each other, etc. There’s a lot of name-dropping—Bob Dylan, Andy Warhol, and numerous other artists, poets, and musicians—but that’s part of the allure of this book. Just Kids was a beautiful, loving tribute to Mapplethorpe. The last section about their last conversations and his death were intimate, poetic, and heartbreaking.

There is a lot to love about this book, however at times it felt weirdly sincere AND contrived at the same time. Does that make sense? I feel like, I can forgive her romanticism of New York and her relationship with Mapplethorpe, but that she was so naive about the lifestyle (drugs, mostly) and 70s NYC arts scene in general is hard to believe. There was a lot of “this happened, then this, and I did that, and he did this.” Her language is just a little too antiquated for me too, trying to hard to be poetic maybe. On one hand, I enjoyed listening to this on audiobook better, read by Smith (I split it up this time between audio and ebook), but I had to speed it up to 1.5x because it was a slog at normal speed.

If you can get past the quibbles I had, then I’m sure you’d like Just Kids. I do think it’s a must-read for fans of Smith and Mapplethorpe, or who want to live vicariously through two gifted artists in 1970s New York City.

Just Kids is my fifth of twelve books read for my Ebook Challenge. 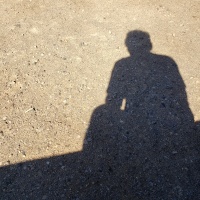