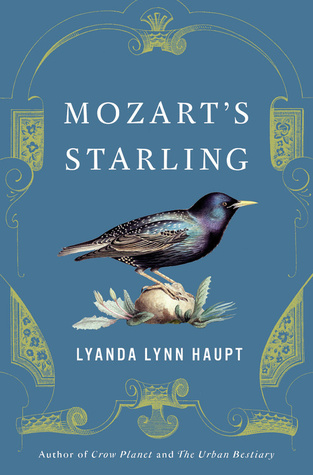 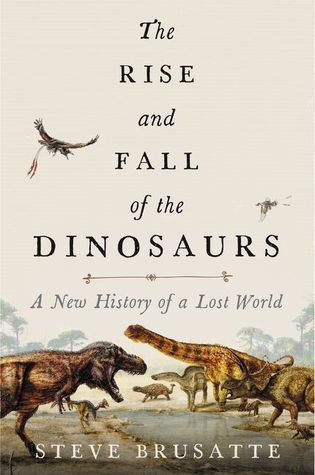 It’s going to be a crazy week, people! I just enjoyed one of my last peaceful weekends for a while, now that the semester/concert season is in full swing. On Saturday I finished reading The Walking Dead: Compendium One by Robert Kirkman (and saw Buddy Guy perform!). Review coming up soon, hopefully tomorrow! 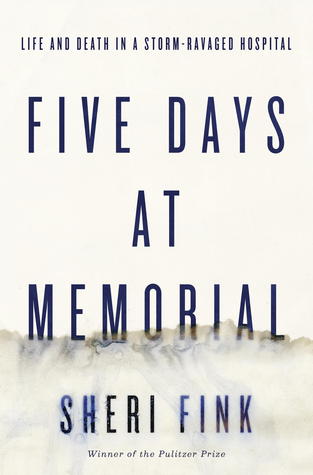 I always have the worst trouble starting a new book. I just agonize over it, for some reason! I stand in front of my bookcase staring for several minutes. Then I open up my iPad and stare at my ebooks I’ve downloaded. Then I go back to the bookcase. Repeat repeat repeat. Yesterday I finally settled on Five Days at Memorial by Sheri Fink, though, partly because I had just read a couple books by male authors (I’m more aware of this now since I started keeping a spreadsheet for my reading this year… self-overanalyzing is happening, people) and Five Days is another from that 2013 book-buying binge that I’m finally starting to try to whittle down. It’s a little dry but less textbook-y than I was expecting, which is good. I’m hoping I can finish it this week but it’s a bit of a chunkster—almost 500 pages! We’ll see. 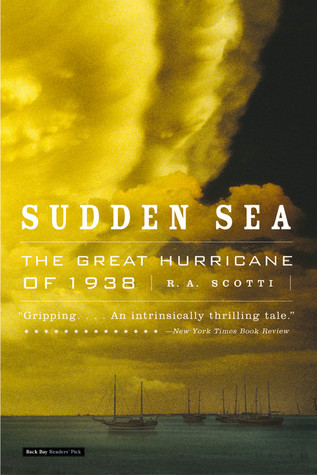 Our December book for the KC Library’s Stranger than Fiction book group was Sudden Sea by R. A. Scotti. From Goodreads:

In the tradition of The Perfect Storm, Sudden Sea harkens back to a natural disaster that struck terror in the hearts of many. In this narrative, readers experience the Great Hurricane of 1938, the most financially destructive storm on record.

There are many shocking things in Sudden Sea—starting with the fact that the New Englanders were denied an accurate forecast (the word “hurricane” was omitted from many storm warning reports). There are several harrowing experiences endured by the survivors and victims, not least of which is the haunting account of a bus full of children trying to get home from school during the height of the storm.

Scotti’s writing style is pithy, but not lacking graceful notes which really brought the horrifying experience of this storm to life as you read. The matter-of-fact descriptions of the way the ocean water was relentless penetration and ruthless destruction of everything in its path. People hoping for a “friendly mattress” to float by, their attic floors to become rafts, fearing normal everyday objects suddenly transformed into deadly projectiles because of the gale-force winds, and more. It’s hard to think about a person innocently stepping outside their door to take a peek at the weather and disappearing in a split second.

Sudden Sea reads like an action novel, but is more impactful because it is a non-fiction. I did really enjoy the book, and it was a quick read for me (don’t let my 2.5 week time frame fool you—I just took breaks and read other stuff in between). It brings up lots of discussion points about the stoic grit of the Great Depression-era people, survival decisions in general, why do we choose where we live and build, and weather forecasting and its alert system.

I did find it interesting that the Galveston hurricane of 1900 was conspicuously never mentioned in the parts about weather forecasting and warning. I read Erik Larson’s Isaac’s Storm earlier this year (click for review) and thought of it a lot as I read Sudden Sea. Larson’s book has more detail about the development of weather science in the United States, whereas Scotti’s is more about setting a scene and artistic narrative, perhaps. The descriptions in both were powerful and palpable, but different enough that I can’t choose one over the other as being “better.”

Sudden Sea is a great read for those interested in New England history and natural disasters. Our read of this was also kind of timely, considering the recent typhoon in the Philippines and Hurricane Sandy in the United States last year. Sudden Sea was published in 2003, just two years before Hurricane Katrina struck New Orleans.