If you’ve followed this blog, you’ll know that I’m fascinated by mafia culture. There’s a certain thrill and allure to the power, dangerous living, and rule defiance that the organized crime lifestyle affords. And true crime is always more interesting to me than fiction. 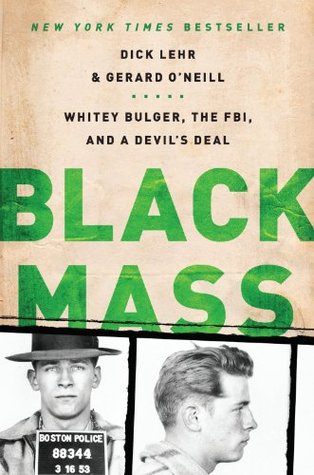 Black Mass by Dick Lher and Gerard O’Neill is a classic true crime book that I’ve wanted to read for years. I started it three or four years ago but unfortunately ended up DNF’ing due to the international move. I did end up seeing the movie a couple years ago, but I was happy to finally devote myself to the entire book this month on audio. Black Mass is the story of notorious Irish Boston mob boss Whitey Bulger and his manipulation of the FBI, specifically agent John Connolly, for decades. Bulger famously evaded the FBI and lived in hiding for another seventeen years before his capture in 2011 and sentencing in 2012–13. I was spellbound by the meticulous attention to detail in Lehr and O’Neill’s research. On one hand, it’s incredible and sickening the depth of corruption in the FBI and those with authoritative power in the law… but on the other, what else is new? It was interesting reading this after David Grann’s Killers of the Flower Moon for another example of dirty practices in the FBI. And as an FBI informant, Bulger took advantage of every opportunity to get away with all kinds of evil deeds, evading the law left and right. This behavior is also fascinating on a psychological level, as Bulger identified not only as a Southie gangster but also an Irish one, and being a “rat” is tantamount to the ultimate betrayal in both cultures… not to mention he was a completely ruthless psychopath. It doesn’t flow quite as well as other non-fiction narratives I’ve read, but overall it’s a great addition to mafia history literature. It actually makes me want to rewatch the eponymous movie and The Departed, even better! [Listened to audiobook in October 2017.] 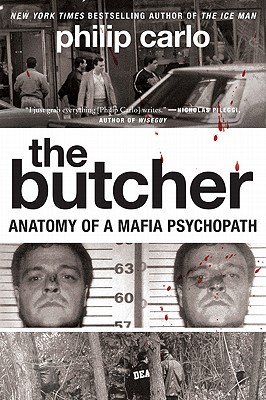 Last month, I listened to The Butcher by Philip Carlo on audio. Unfortunately, this one wasn’t nearly as good as Black Mass or other mafia-themed books I’ve read before. This one is about Tommy “Karate” Pitera, a capo in the Bonanno family in the 1980s, who was famous for his cruelly grotesque murders. Pitera spent two years in Japan honing his martial arts skills and learning about Japanese militaristic strategy.  I was of course interested in the subject, but the writing was mediocre. It’s a good story told poorly. Carlo was redundant, used three or four words when one will do, and included more similes and metaphors than I could count. It’s very “good guys versus bad guys” throughout; no nuance or insight and more dramatization than research. It was a short book, so I ended up finishing it, but sadly I think I’ll remember The Butcher more for the bad writing than Pitera’s life story. [Listened to audiobook in September 2017.] 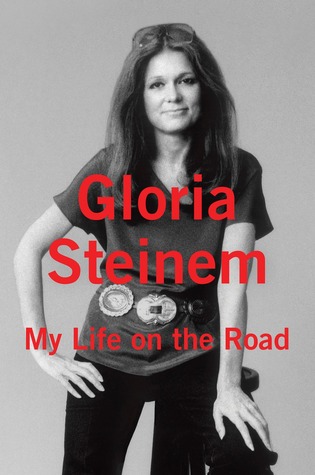 It’s Monday, what are you reading? I am on a roll with the women authors this year. I finished two fantastic books, The Argonauts by Maggie Nelson (audio) and The First Collection of Criticism by a Female Rock Critic by Jessica Hopper, this week. Just excellent books, the first on gender and family and the second on music—reviews coming this week. Yesterday I started My Life on the Road by Gloria Steinem, which I won in a Goodreads giveaway back in October. I’m sorry to say I haven’t gotten around to it until now because it’s great, I’m already a quarter through!

Last week I enjoyed my usual St. Patrick’s Day celebrations with Irish music and Irish food—shepherd’s pie (with ground lamb), soda bread, and this year (new) I made Guinness stout chocolate-chocolate chip cookies with Bailey’s buttercream frosting and sparkly green sprinkles. The recipe I went by yielded more than double what I was expecting so we have a ton leftover!! I also didn’t get around to making colcannon, even though I have the ingredients, and I picked up bangers at the Local Pig on Thursday with the ground lamb, so I guess I’ll be extending my St. Patrick’s celebrating into next week as well. We watched Brooklyn and Boondock Saints too.

I downloaded a couple of audiobooks for a Wisconsin trip next weekend: Get In Trouble by Kelly Link and The Underground Girls of Kabul by Jenny Nordberg.

Happy St. Patrick’s Day! I’ve never been one to go all-out and get crazy drunk on this holiday, rather I like to celebrate my heritage and family and the music and food of Ireland.

The last couple of days I’ve been listening to my Irish music playlist which includes Van Morrison, the Chieftains, and Danú, among others. I had a great time at Hozier‘s concert last month at Liberty Hall, and though he doesn’t play traditional Irish music he is from Bray, County Wicklow! But recently I’ve been revisiting Danú a lot because they just played a concert in Wisconsin last Friday, which my parents attended. I really enjoyed its concert here in Kansas City a few years ago: read my review at KCMetropolis.org. If you have a chance today, check it out on youtube!

I also like to reflect on Irish history, either by watching a film or documentary or reading some articles. Last year I was captivated by the “Potato” chapter in Michael Pollan’s The Botany of Desire, which outlined the Potato Famine in Ireland in the mid-nineteenth century, resulting in the tidal wave of Irish immigration to the United States. Here’s a great (fairly short) article from Common Dreams about the famine, bringing up some thought-provoking questions and touching on how it compares today globally and economically.

Kansas City is rich with Irish ancestry an we like to celebrate it well beyond March 17! I highly recommend stopping by the Kansas City Irish Center in Union Station, open year-round, and spending Labor Day weekend at the Kansas City Irish Fest. Both are great fun, and full of culture and history. The festival hosts several bands and of course has Irish food and drink on tap! We also have a pretty epic parade for St. Patrick’s Day, but I just can’t bring myself to take a vacation day off work to go see it. It’ll fall on a weekend, eventually!

Speaking of food, on Sunday I made my annual “Irish Feast”: shepherd’s pie and soda bread. I used freshly ground lamb from Local Pig for the pie, and (because I’m from Wisconsin) I did add cheese (not authentic, I know) but it was Kerrygold cheddar and Dubliner, at least! I also have Kerrygold butter for the soda bread 🙂 Maybe later I’ll dip into the store to pick out one of these Irish beers listed on Thrillist.

Lastly, I’m currently reading a book set (mostly) in Ireland, by an Irish author: TransAtlantic by Colum McCann. I’ve had my eye on Nora Webster by Colm Tóibín since it came out last fall, he’s been on my radar ever since I read his Brooklyn a few years ago.

I hope you are enjoying a fine St. Patrick’s Day! Sláinte!