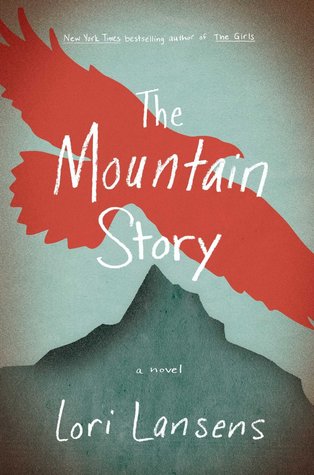 I first put The Mountain Story by Lori Lansens on my TBR a few years ago, after it came out… I think I entered a Goodreads giveaway for it? But didn’t win. I became distracted by other books (as you do) but this came up again in my big audiobook search last week and I decided to go for it. I’m a sucker for survival stories, fiction or non-fiction! Edited from Goodreads:

On his 18th birthday, Wolf Truly takes the tramway to the top of the mountain that looms over Palm Springs, intending to jump to his death. Instead he encounters strangers wandering in the mountain wilderness, three women who will change the course of his life. Through a series of missteps he and the women wind up stranded, in view of the city below, but without a way down. They endure five days in freezing temperatures without food or water or shelter, and somehow find the courage to carry on. Wolf, now a grown man, has never told his son, or anyone, what happened on the mountain during those five days, but he can’t put it off any longer. And in telling the story to his only child, Daniel, he at last explores the nature of the ties that bind and the sacrifices people will make for love. The mountain still has a hold on Wolf, composed of equal parts beauty and terror.

This was a solid, compelling story, with several thrilling sequences and a satisfying ending. Maybe this is because I listened on audio (which was narrated well), but I had just a little trouble telling the women apart from each other, they’re pretty one-dimensional. I’m also not sure I bought Wolf, as an 18-year-old kid, being mistaken for a wilderness guide and mountain expert. Last quibble—I didn’t feel as immersed in the natural setting or as much a sense of perilous urgency as I have in other survival books I’ve read. The delivery and believability factor was just almost there for me. So, I think I was surprised this was more character-driven than I expected, which is ridiculous on my part, because obviously, just read the blurb! Still, I did enjoy the book—Lansens is an engaging storyteller. I liked how the sections were separated by days and how it’s told as a letter to the protagonist’s son much later. Wolf was fleshed out well with emotional depth and an unsettling backstory.