I’m definitely out of my reading slump! These two novellas came through my library holds on audio at the same time, and they’re short enough that I was able to listen to both in one day while drawing. 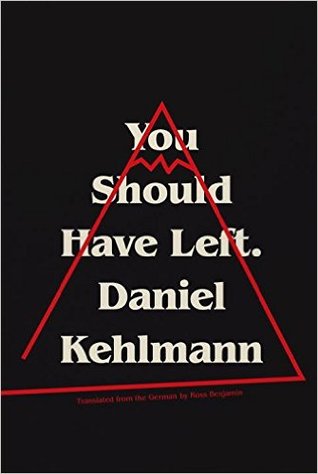 You Should Have Left by Daniel Kehlmann is a taut, unsettling psychological horror novella. Kehlmann handles classic haunted house, ghost story, and existential madness tropes well—a creeping dread is palpable here. Easily read in one sitting, too—the audiobook is just about two hours long. A couple and their 4-year-old daughter stay at an AirBnB in the mountains for vacation, but they’re also there so the husband (our narrator) can work on his screenplay. You spend the entire book in his head, as strange things start to happen (they easily get lost in the house, optical illusions and issues with depth perception abound, doors appear in places there wasn’t a door before, phrases mysteriously appear in his notes, etc., and then the nightmares start), all the while something is up with his marriage. People online have compared it to House of Leaves and The Shining, and I’d agree, although this is much, much shorter! [Listened to audiobook in February 2018.] 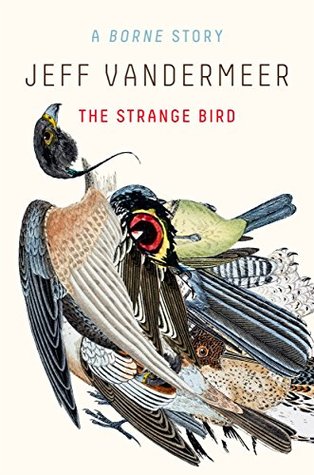 Jeff VanderMeer is an author I like to follow. I enjoyed his Area X trilogy (so excited for the movie adaptation of Annihilation!) and loved Borne last summer. I saw The Strange Bird on my library browse and borrowed it right away. This adds a chapter to Borne, from the perspective of another of the Company’s hybrid creatures, the Strange Bird. She is part bird, part human, part… other stuff(?). The biotech lab where she was created, the Company, has devolved into chaos and she, as well as other experiments, have escaped. The sky and land are full of creatures and technology and debris making this near-future world a very dangerous place to be, where humans are now struggling to survive. I do think you need to read Borne first, as that book does all the world-building and set up for The Strange Bird. I kind of wish I had read it on paper or ebook instead of listening to the audio, though—the narrator read in a tortured tone that could be a bit much for me at times. There isn’t quite the level of mystery and tension I felt while reading this one as I did with Borne, but it’s a great expansion of this imaginative setting. [Listened to audiobook in February 2018.]

2 thoughts on “mini-reviews: you should have left and the strange bird”