Happy Monday! The great catching up on book posts continues this week starting with two books released this year that I listened to on audio featuring adopted protagonists: 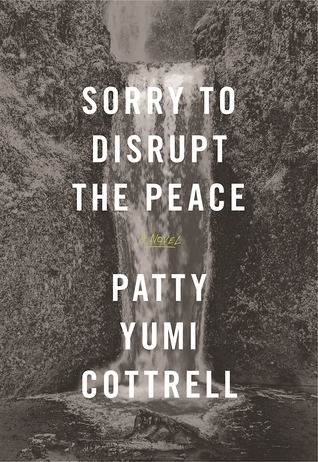 Patty Yumi Cottrell’s debut novel Sorry to Disrupt the Peace is about a woman named Helen who travels back home to Milwaukee from New York City after learning her brother has committed suicide. She was adopted, and so was her brother (separately), but Helen has been estranged from her family for a while. At the time of her brother’s death, Helen’s in her early thirties, single, and is partially employed at a facility that cares for troubled young adults. She decides she alone can unravel the mystery of why he killed himself. Helen is an unreliable narrator and clearly has an unspecified mental illness, so bearing witness to her thoughts, erratic behavior, and questionable actions is an uncomfortable experience, and you experience the entire book inside her head. I didn’t have a problem with this, as the writing was great and I like novels that push me out of my comfort zone sometimes. There are many philosophical insights here on race, being an outsider, identity, finding where and with whom you belong, grief, loss, depression, and suicide, yet Cottrell crafts these heavy topics with an undeniable dark humor throughout. [Listened to audiobook in April 2017.]

I loved the premise of Lisa Ko’s The Leavers and find it extra important right now, with the current state of demonizing immigrants in the United States—an immigrant mother disappears (death? kidnapped? deportation? doesn’t matter), what happens to her American-born son? In The Leavers, an undocumented Chinese immigrant named Peilan mysteriously never returns home from work one day. Her young son Deming is adopted by a white family and renamed Daniel. Daniel grows up facing his own demons, dealing with the pain of feeling abandoned, not belonging (race and adoption), and a gambling addiction. There was more to the book than I was expecting, with shifting narratives and locales. Although I think this one is too long, and I personally didn’t feel a deep connection to the characters, The Leavers is still a good book worthy of a read and sure to spark lots of discussion. [Listened to audiobook in May 2017.]