I’m not great at reading classics. There are some I remember from high school and just loathing (Their Eyes Were Watching God, Things Fall Apart) that I would definitely like to give a second chance. But there are some classics that weren’t in my school curriculum that I’ve always wanted to read, but have had trouble starting. Thank you, audiobooks! This year I’ve listened to a few, and these two complemented each other nicely. 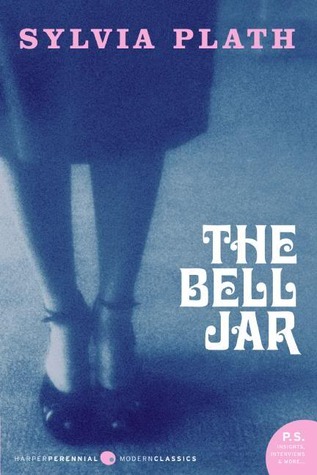 I just finished Sylvia Plath’s The Bell Jar (read by Maggie Gyllenhaal) a couple days ago. I really wish I had read this in my late teens or early 20s—I think I would have been obsessed! It’s an eerie, affecting book especially knowing Plath’s life story and her suicide. The writing is beautiful but also unemotional, if that makes sense. I didn’t quite get “insane” from Esther, but her mental illness does come through from knowing hints in the beginning to growing paranoia and intense questioning of her own thoughts and actions by the end. The electroshock therapy scenes were horrifying. I was really moved by Plath’s use of being trapped in a bell jar to describe Esther’s mental state—the distorted view from the inside looking out. It’s obvious why this is a time-tested classic. [Listened to audiobook in Sept. 2017.] 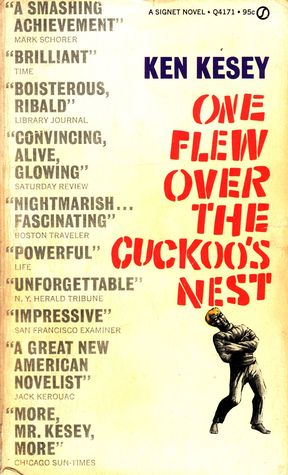 Many years ago I “borrowed” my mom’s copy of Ken Kesey’s One Flew Over the Cuckoo’s Nest and surprise! never got around to reading it. The audiobook version, though, read by Tom Parker, was fantastic and engaging. I saw the movie years ago but didn’t realize the book is told from the point of view of Chief Bromden. McMurphy is quite a character—he’s likable, obnoxious, and a troublemaker, but it’s a fight-the-power kind of trouble that I liked. Kesey’s no-nonsense writing makes you think more about societal roles, authority, mental health, and its healing and treatment practices in psychiatric institutions, at least during the 1950s and 60s. I’m still not sure if McMurphy really had a mental illness or not. This was a great, complex story that I’m glad I finally took the time to experience. [Listened to audiobook in March 2017.]