Food is one of my favorite things on earth—I love eating, cooking, trying new cuisines and restaurants, and learning about other cultures through food. Aside from experiencing my own culinary adventures, I usually can’t resist a good Michael Pollan book or memoir by a celebrated chef. Last year, I read to two such books by famous personalities in food and cooking: 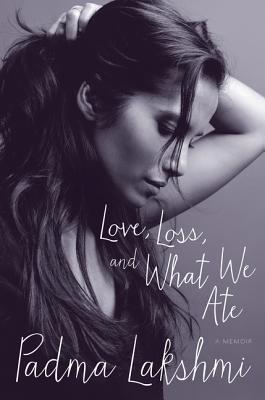 I’ve been a fan of Padma Lakshmi from her hosting gig on Top Chef for years. She’s poised but has a sense of humor and shows knowledge of food as a judge. I also have one of her cookbooks, Tangy Tart Hot & Sweet. I listened to her recent memoir Love, Loss, and What We Ate on audiobook (read by Lakshmi). I really liked the parts about her childhood between India and the United States, as well as her career trajectory from model to TV show host to author. She also talks at length about having endometriosis, her romantic relationships, and becoming a parent. At times she is too self-pitying for her level of wealth and fame, but overall this is an enjoyable, light celebrity memoir. [Listened to audiobook in May 2016.] 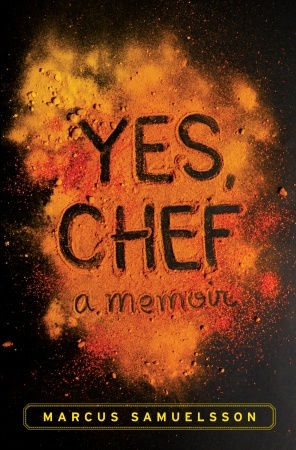 Yes, Chef by Marcus Samuelsson has been on my radar for a few years now. Samuelsson has a fascinating background, starting with overcoming tuberculosis as a child Ethiopia and adopted in Sweden. I enjoyed learning about his upbringing, and how his race, heritage, and family shaped his love for food and development as a chef. However… I didn’t connect with Samuelsson on a personal level at all. I understand that you have to have a certain degree of self-centeredness, arrogance, and uber-confidence one has to have to succeed on the world stage (whether it’s as a renowned chef, famous musician, or whatever), but his relationships (as an adult) with his adoptive family and daughter—while I can appreciate his honesty and recognize that no one is perfect—are rather off-putting. It was a decent book, though, if you’re interested in celebrity chef memoirs. [Listened to audiobook in September 2016.]