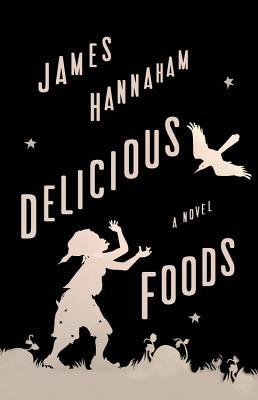 One of my most recent library loans was Delicious Foods by James Hannaham. I’d heard nothing but awesome things and had to check it out! From Goodreads:

Darlene, a young widow and mother devastated by the death of her husband, turns to drugs to erase the trauma. In this fog of grief, she is lured with the promise of a great job to a mysterious farm run by a shady company, with disastrous consequences for both her and her eleven-year-old son, Eddie—left behind in a panic-stricken search for her.

The story immediately grabbed my attention, starting with Eddie speeding on a highway after both his hands were severed. (Not a spoiler since it literally is in the first paragraph!) We don’t know how it happened, or why at that point, but damn—that’s a brutal, shocking way to start and I was hooked. Hannaham does an incredible job keeping you turning pages, especially with the alternating narratives in third-person for Eddie’s side of the story, and first-person for Darlene’s in the form of Scotty, the crack-cocaine to which she is addicted. Giving voice to the drug and having it “speak” for Darlene was a pretty brilliant move and it worked for me—a few chapters in I was like, who IS this?? and once it clicked for me I was even more intrigued.

I’m pretty tough when it comes to dark, disturbing material but the conditions at the farm had me wincing. I later learned that this book was inspired by true events, making it even more upsetting. Hannaham also writes his scenes of abuse, manipulation, desperation, and violence in such a way that elicited a visceral reaction from me.

I guess if I have one quibble about the book it may be that it was a just hair too long for me, but that didn’t take away from my reading enjoyment. Delicious Foods is a dramatic social commentary on modern-day slavery, a shameful reality that exists in America today, as well as the power of addiction.