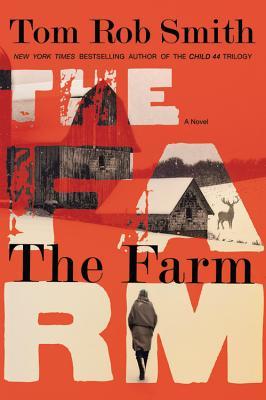 For my final round of orchestra rehearsal commutes this past month, I listened to Tom Rob Smith’s The Farm on audiobook. From Goodreads:

“If you refuse to believe me, I will no longer consider you my son.”

Daniel believed that his parents were enjoying a peaceful retirement on a remote farm in Sweden. But with a single phone call, everything changes. “Your mother… she’s not well,” his father tells him. “She’s been imagining things—terrible, terrible things. She’s had a psychotic breakdown, and been committed to a mental hospital.” Before Daniel can board a plane to Sweden, his mother calls: “Everything that man has told you is a lie. I’m not mad… I need the police… Meet me at Heathrow.” Caught between his parents, and unsure of who to believe or trust, Daniel becomes his mother’s unwilling judge and jury as she tells him an urgent tale of secrets, of lies, of a crime and a conspiracy that implicates his own father.

I picked this up on a whim browsing my local library last month. I recognized Tom Rob Smith’s name from the Child 44 movie info that’s all over the place lately, and decided to give this one a shot when I saw it on the shelf. The Farm‘s premise is great, with awesome potential for a suspenseful drama.

While there is quite a lot of drama, I’m not sure it was quite as suspenseful as I was expecting. Most of the book is in “tell” mode rather than “show”—more than half of it is Daniel’s mother Tilde recounting events leading up to her fleeing Sweden and ending up at Daniel’s apartment in London. Her account is engaging and rather convincing, but I do wish there was more of a balance—we’re supposed to be wondering whether she’s telling the truth or not, but there’s little to counter her story.

The Farm is a slow, steady, intense burn with some twists and turns, and Smith is a talented storyteller. I was just hoping for more action in this psychological drama. I’ll keep Child 44 on my radar, though—people love it and the movie looks like it could be great!