It’s the last day of June, which means we are officially halfway through the year! I plan to do a half-way point post this week to recap what I’ve read so far in 2014. Stay tuned!

I’m still working on The Bean Trees by Barbara Kingsolver, which I started last Monday. I thought I’d finish it pretty quickly but ended up busier last week than I expected to be (work during the day, activities each night) so I’m still stuck only about a quarter of the way in. It’s good, though! I’m having a more trouble with Our Divided Political Heart by E.J. Dionne, though, which I also started on audio last week. Audio works best for me in the car, and I haven’t been in the car for long enough to really get into it lately (and won’t this coming week, either). I am interested in the subject and I want to read it, but maybe the timing is bad for audio for me right now. Well, who knows, maybe I can squeeze in an hour here or there this week. 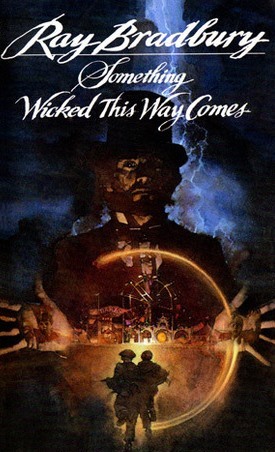 ALSO, today, I’m starting Something Wicked This Way Comes by Ray Bradbury. My friend Anthony and I bought matching copies at a library sale last summer and neither of us had gotten around to it yet. With his impending move to Canada in a couple months we finally decided now’s the time to have our little readalong! We’re nerds and have made up the following ridiculous Twitter hashtag for it: #anthonyandkristinreadsomethingwickedthisway comesbyraybradburysummer2014 (subject to change!)

We aim be done by the end of the week, and hopefully have time to get together to discuss it. Have you read Something Wicked This Way Comes? The only other Bradbury I’ve read is Fahrenheit 451 (in 2009).

4 thoughts on “it’s monday! what are you reading?”