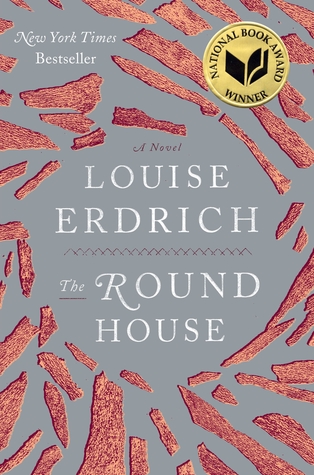 Last month I finally made time to read The Round House by Louise Erdrich, a book I read on impulse last year as part of my “retail therapy” due to a stressful move. From Goodreads:

One Sunday in the spring of 1988, a woman living on a reservation in North Dakota is attacked. The details of the crime are slow to surface as Geraldine Coutts is traumatized and reluctant to relive or reveal what happened, either to the police or to her husband, Bazil, and thirteen-year-old son, Joe. In one day, Joe’s life is irrevocably transformed. He tries to heal his mother, but she will not leave her bed and slips into an abyss of solitude. Increasingly alone, Joe finds himself thrust prematurely into an adult world for which he is ill prepared.

While his father, who is a tribal judge, endeavors to wrest justice from a situation that defies his efforts, Joe becomes frustrated with the official investigation and sets out with his trusted friends, Cappy, Zack, and Angus, to get some answers of his own. Their quest takes them first to the Round House, a sacred space and place of worship for the Ojibwe. And this is only the beginning.

I enjoyed this book, and it did live up to the hype for me, although I can’t say it blew me away. The opening is immediately gripping, but about one-third of the way through it really lost momentum. That could be in part to the story not actually being about solving the crime against Joe’s mother but more about life on an Ojibwe reservation, coming of age during this time where the culture’s traditions compete with a modern lifestyle outside the reservation, injustices and how they’re handled though both the on- and off-reservation touchy legal processes, and so on.

I felt like The Round House is kind of a quiet read, with tension simmering just below the surface. Joe is unwillingly thrust into a very grown-up world with grown-up problems before he’s ready, and it’s just the reality of life being totally unfair sometimes. He feels helpless and frustrated, but still tries to think of (and act on) ways to help his mother and their whole situation, to set things right.

About half of the characters were really three-dimensional and interesting, and the other half fell flat for me. I loved the elderly set (the grandfather telling stories in his sleep, the raunchy grandmother), Joe’s aunt and uncle, and his friends. And during the last third of the book, I became much more invested and it picked up steam after a slowish middle. I really like that The Round House, though fictional, exposed me to how life can be on a Native American reservation—something I have not read about or experienced before.

4 thoughts on “the round house”